A Man for America 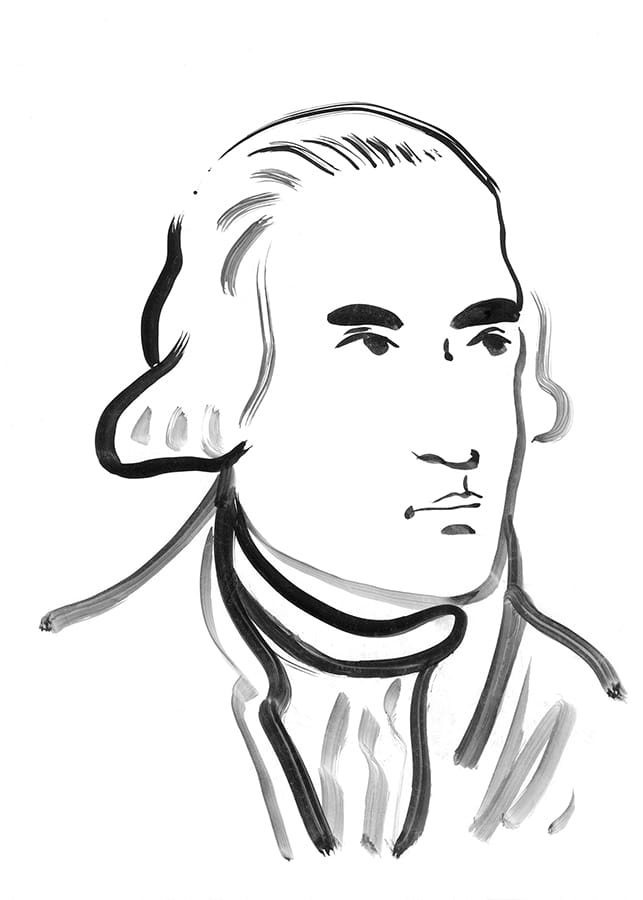 Saavedra was Carlos III’s special envoy, designated to provide Bernardo de Gálvez with all the materiel and human resources required for his campaigns. In 1781, he would play a decisive role in the success of the American War of Independence, when from Havana he sent the monetary aid the French-American army and the French navy needed to achieve victory at Yorktown. Saavedra was a highly educated man of the Enlightenment, a soldier, diplomat, politician, and administrator. He served as Secretary of the Treasury and Secretary of State and was a member of the Regency Council during the reigns of Carlos IV and Fernando VII.

Francisco de Saavedra Sangronís was born in Seville on October 4, 1746. At the age of eleven, he entered the prestigious Colegio de Teólogos y Juristas del Sacro Monte de Granada (College of Theologians and Jurists of the Sacro Monte in Granada), an elite educational institution of the Spanish Enlightenment. However, in 1768, rather than pursue religious studies, Saavedra decided to enlist in the army. He attained the rank of lieutenant in 1771 and attended the Army Officers School in Avila as a contemporary of Bernardo de Gálvez. In 1775, Saavedra, too, would take part in the disastrous expedition to Algiers, where he was wounded during the desperate retreat of the Spanish troops from the beaches.

In 1778, Saavedra’s friendship with Gálvez gave him the opportunity to work alongside one of the major figures of the Court, José de Gálvez, Secretary of the Indies and Bernardo’s uncle. Historically, it was an exciting time for Spain, when the king and his government were driving the country forward by enacting improvements in education, commerce, the armed forces, infrastructure, and foreign relations with Europe and America.

England was Spain’s perpetual rival in the struggle for global hegemony, and during the Seven Year War, Spain suffered severe military and territorial losses. When the North American Revolution broke out, the Spanish Court offered its neutrality to Great Britain in exchange for Gibraltar—while simultaneously sending clandestine supplies to the Thirteen Colonies, hoping to weaken England’s position in the New World. When it became clear that the diplomatic attempts were leading nowhere, the Spanish army and navy were placed on alert; the Spanish ports in America were fortified; and large sums of money were raised on both continents, in preparation for the enormous expense of an impending conflict. In June, 1779, Spain declared war on Great Britain, having confirmed its alliance with France through the Bourbon Family Compact.

Carlos III decreed that one of his main objectives was to expel the British from America. To this end, he sent out a massive expedition of 11,000 men aboard 80 vessels that departed Cádiz in April, 1780. Directing the course of the conflict was a complicated endeavor, and the strategists for the American operations were José de Gálvez, Secretary of the Indies, and several military authorities: Diego de Navarro in Cuba, Bernardo de Gálvez in Spanish Louisiana, and José Solano, commander of the naval forces in the Caribbean.  In August, 1780, Saavedra was named the king’s special envoy in Havana to oversee all combat operations, which included coordinating with the French, handling financial transactions, and keeping the Royal Court informed of all developments.

Saavedra was the perfect man for the job, because of his extensive knowledge of national and international politics, his intelligence, his cordiality, and his organizational skills. In August, 1780, he set sail from La Coruña to Cuba, but his ship was intercepted by the British and diverted to Jamaica. Saavedra managed to conceal the import of his mission from his captors, posing as a mere civil servant, until he was finally able to leave the island in January, 1781, aboard a French ship.

As soon as he arrived in Havana, Saavedra focused on facilitating the planned attack on Pensacola by clearing every possible obstacle and overcoming the reticence on the part of various authorities. Between April and June, he was personally involved, alongside Gálvez, in the military campaign that led to Spain’s definitive victory in Pensacola on May 9. His next objective was to organize joint naval and land operations with the French, notably for an attack on Jamaica, the great British naval base in the Caribbean, for which he traveled to the island of Hispaniola and to Mexico. He was also responsible for providing troops and funds for the campaigns against the British in Nicaragua, Honduras, and Guatemala.

Meanwhile, in July, 1781, Robert Morris, Superintendent of Finance for the Continental Congress, made an urgent plea for money to Francisco Redón, the Spanish envoy in Philadelphia at the time, “to oppose our common enemy.” Congress was bankrupt, but it had to find a way to pay the troops heading south to battle. There was mutiny among the regiments in Connecticut and Pennsylvania. In George Washington’s words: “these troops have received nothing for a long time and have already shown repeated signs of discontent.” For their part, having arrived in North America the previous year, the French army under Count Rochambeau was also near bankruptcy, and the French ambassador, La Luzerne, approached the Spanish authorities with a similar urgent plea for funds.

The French request reached Cuba on July 17, while Saavedra was in Guarico (currently Cap Haitien, in French Hispaniola) organizing the next campaign. A French squadron under the command of the Count de Grasse had arrived from Europe the day before. That same day, the French admiral received a letter from Rochambeau imploring him to send reinforcements and money to Chesapeake Bay, where the British forces under Lord Cornwallis had taken refuge in the small coastal city of Yorktown. Grasse did not receive any assistance from the island, but Saavedra would come to his aid. After several days of meetings, a series of actions was planned: Grasse would take all the available French vessels and men, which would be replaced by Spanish troops and ships until the situation had been resolved, at which time an attack on British Jamaica would be launched. Of far greater importance was Saavedra’s decision that Spain, in Havana, would lend the joint French and American forces the money they needed in Virginia.

Saavedra boarded the frigate Aigrette headed for Cuba, followed by the entire French fleet, and arrived in Havana on August 15. In a record time of two days, the Spanish king’s envoy managed to collect 500,000 pesos by reaching out to every available civil and military agency, as well as private individuals from whom he solicited loans. On August 17, the Aigrette left Cuba with these funds and joined the rest of the French squadron the next day; from there they set out for Chesapeake Bay. On August 30, they reached the coast of Virginia, and on September 5, Morris received, at last, from the treasurer of the French army, the much needed 26,600 pesos to pay the soldiers of the Continental Army. Witness accounts confirm that this was the first and only pay the soldiers received during the entire war. A little over a month later, these Americans and their French allies would win the decisive victory of Yorktown.

In his memoirs, the British general, Lord Cornwallis, described how the arrival of the French troops, freed up from their posts in Santo Domingo through Saavedra’s intervention, prevented him from launching a final attack on the American forces which, under the Marquis de Lafayette, had begun their siege of Yorktown. The French general Rochambeau, in his own memoirs and
in a letter dated October 24 and sent from the Yorktown battlefield to the Count
of Aranda, the Spanish ambassador in Paris, also recognized the significance of Spain’s contribution to that victory.

These were not to be Saavedra’s only contributions: on September 27, 1781, the frigate Amazone left Cuba with one million pesos on board, and on December 13, another frigate, Courageuse, departed Veracruz carrying another million pesos. Both amounts had been requested by the French to cover the expenses of the ships and troops in the Count de Grasse’s squadron, and those that might be incurred in the planned campaign against British Jamaica. Grasse did claim several islands in the Caribbean for the French, but the intended attack on Jamaica never took place. In April the following year, Admiral Rodney defeated the French squadron in the Battle of the Saintes. Soon afterwards, with the cessation of hostilities, Saavedra’s American mission came to an end, and he returned to Europe in May, 1782.