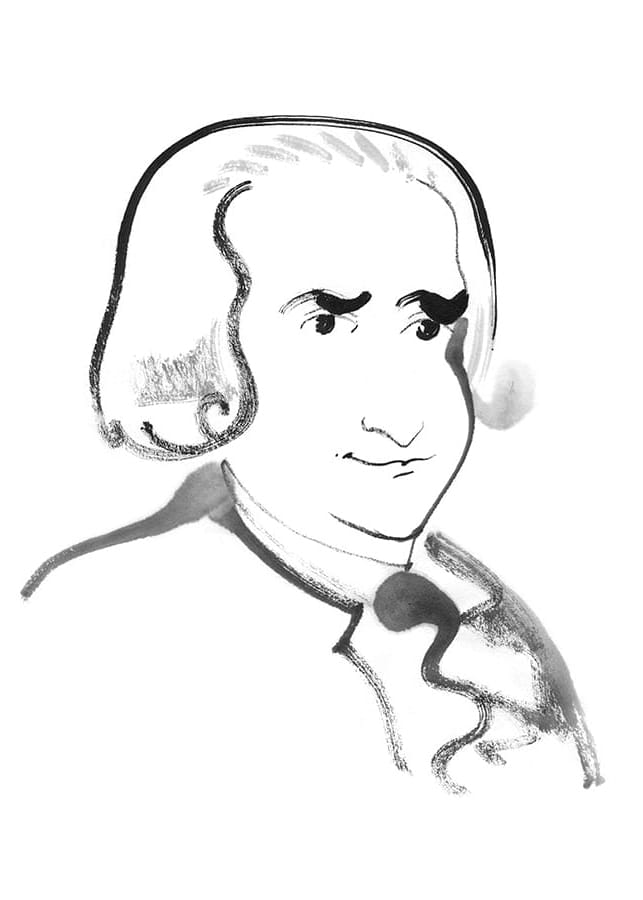 Diego de Gardoqui y Arriguibar was a skillful  merchant, diplomat, and civil servant in the Court of Carlos III. He was commissioned by the Spanish monarch to oversee the delivery of funds and supplies to the Thirteen Colonies during the American Revolution. In response, Gardoqui sent all manner of supplies to the Continental Army by using his own company, Joseph Gardoqui and Sons, which was based in Bilbao, an important city-port in northern Spain. At the end of the war, he became the first Spanish ambassador to the new country and one of only two foreigners to attend the inauguration of George Washington as first President of the United States in 1789. He is one of those key players who do not appear in the history books. Yet, it is easy to perceive Gardoqui as the draped figure depicted in so many 18th century portraits behind the hero or the politician.

Diego Maria de Gardoqui was born in Bilbao in 1735 as the second son of José de Gardoqui and Simona de Arriquibar and one of eight children. His father was a resourceful entrepreneur who founded several companies. In 1763, he obtained the authorization to import cod from England and North America. That same year he sent his son, Diego, to study in London for five years, under the tutelage of George Harley, head of the Company of the Indies. There Diego would learn the language and become closely acquainted with Anglo-Saxon customs. He completed his studies under the guidance of his maternal uncle, Nicolas de Arriquibar, an economist and jurisconsult, and a member of the Sociedad Vascongada de Amigos del Pais (Basque Society of Friends of the Country), one of the most prestigious institutions of the Spanish Enlightenment.

After José de Gardoqui’s death in 1765, his children took over the family firm and presided over its growth into one of the most lucrative importers of salted cod from Terra Nova and the northern New England ports, primarily in exchange for iron and Spanish wool. However, the company eventually suffered a number of business reversals brought about by stiff competition with other businesses, such as the port of Santander. These challenges would turn out to be advantageous for the American Revolution, since the Gardoquis offset their losses by increasing their business with the northern Atlantic ports of Salem, Boston, and Marblehead. In the latter, their major business associates would be Elbridge Gerry and Jeremiah Lee, two key figures in the young nation’s struggle for independence.

When the Revolution broke out, Gerry and Lee were members of the Provincial Congress of Massachusetts. The state also would spearhead the organization of the young army under the command of George Washington in July, 1775. The troops were a disparate group, and Washington himself would refer to them as “a multitudinous mix of people”. To the British, they were nothing more than “an armed mob”. Most of the soldiers had no uniforms; they carried faulty rifles and lacked the gunpowder and equipment needed to face the professional soldiers of Great Britain.

Late in 1774, Jeremiah Lee had sent Diego Gardoqui an urgent plea for arms and gunpowder. In his response letter dated February 17, 1775, Gardoqui assured Lee that he would be sending 300 muskets, with their bayonets, and 600 pairs of pistols. However, he added that he could not deliver any gunpowder unless it were ordered well in advance, because “all of the gunpowder was ordained for government use.” In a letter dated July 5 of the same year, Elbridge Gerry put in an order for “good pistols” and gunpowder, enclosing 1,000 pounds sterling in cash and 650 in bills of exchange. In 1776, a communique from Gerry indicated that one of Gardoqui’s vessels was on its way to America loaded with 21.5 tons of gunpowder.

In fact, neither the arms nor the gunpowder could be exported from Spain without the official authorization of the Crown, who regulated the assembly of every rifle in the Royal Factories of Placencia and the manufacture of every kilo of explosive to the minutest detail. Clearly, Gardoqui must have acquired the requisite permit from the Spanish government before loading the precious cargo onto the ships of his North American associates or on those of his own company. The vessels, sailing under unidentifiable flags, would cross an ocean plagued by pirates and enemy ships—a common practice during most of the North American War of Independence—until Spain declared war formally on Great Britain in June, 1779.

In a letter to Congress, Washington wrote, “My soldiers lack everything they need to fight a war,” and Gardoqui continued to send clandestine supplies. Between 1777 and 1778, when he was designated official representative of the Spanish government, Gardoqui responded to requests from Arthur Lee, who had come to Spain on orders of the Continental Congress to solicit military aid. The men held several secret meetings in the city of Vitoria, and in a letter to Lee dated 1777, Gardoqui wrote: “I offer you further proof of my commitment to the Colonies (…) it is the same commitment of other notable figures, who are unable to express it here, under the current circumstances.” The Bilbao native increased his remittance of rifles, blankets, boots, and material for uniforms, which would alleviate the dismal state of Washington’s troops during the winter of Valley Forge and in subsequent campaigns. He would also send naval supplies, for which he was paid in species—tobacco, tar, and bitumen—as directed by the Continental Congress in October, 1777.

Gardoqui persisted in his effort to fulfill his mission, despite the ever-increasing stress and the administrative demands on his time, as well as the constant travel between Bilbao and Madrid. He was able to supply the necessary arms for an entire expedition of 11,000 soldiers who left Cádiz for Havana in April, 1780, under the command of Bernardo de Gálvez, to engage the British in the Gulf of Mexico, Florida, and Spanish Louisiana. He also maintained a voluminous correspondence with John Jay, envoy of the Continental Congress to Spain, and met with him several times between 1780 and 1781. During that period, the donations he made through Jay would amount to 265,000 pesos or Spanish Milled Dollars.

In 1785, after the war had ended, Gardoqui arrived in New York as Spanish charge d’affaires before Congress, that is, as the first official ambassador of the Kingdom of Spain to the United States. On April 30, 1789, he was a privileged guest of honor at George Washington’s historic presidential inauguration, where he processed behind the new leader alongside the French ambassador. During his stay in New York, he lived on Broadway, near Wall Street, and was admired for his excellent diplomatic skills and courtly manners. He was also known as a gourmet and a wine connoisseur, and for his courtesy in dealing with ladies.

He kept in close contact with many of the Founding Fathers, Benjamin Franklin, John Jay, John Adams, and notably George Washington, with whom he developed a special friendship. In a letter to him, he would write, “I have been and always will be a true friend of the United States,” to which Washington responded, “I am as certain of your political skills as I am of your affection for these States.” In November, 1787, the Spanish diplomat gave Washington a superb four-volume edition of Cervantes’s Don Quixote. Currently, this gift resides in the George Washington Library in Mount Vernon.

Near the end of 1789, Gardoqui returned to Europe, having completed his diplomatic mission in the United States. In a gesture of confidence, the Spanish king named him Secretary of the Treasury. Gardoqui would end his career, a weary man, as ambassador in Turin, where he died in 1798 at the age of sixty-three.