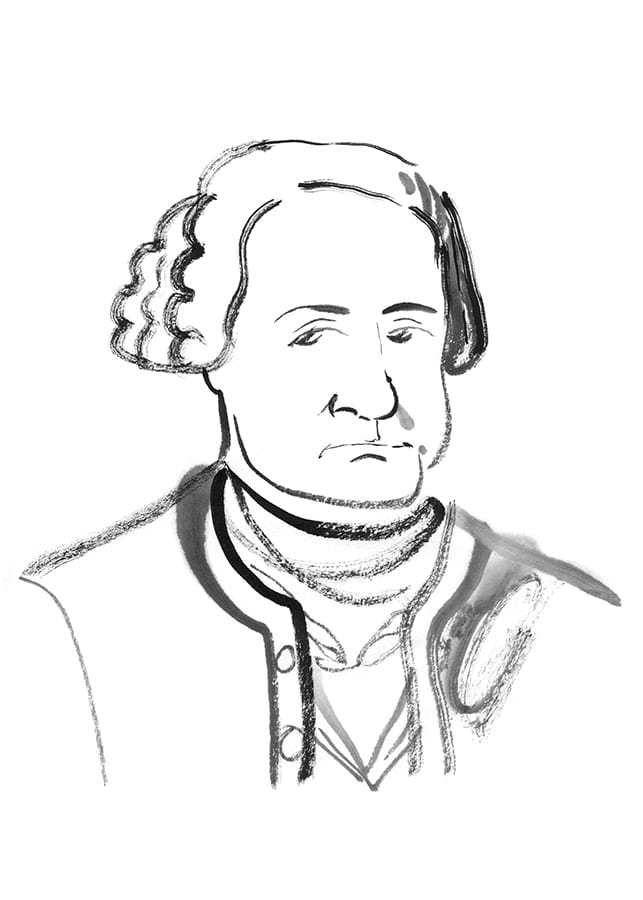 Pedro Pablo Abarca de Bolea, the tenth count of Aranda, was a Spanish soldier, politician, and diplomat who lived during the reign of Carlos III, a time of tense international relations. He was ambassador to France when the Thirteen Colonies declared their independence from Great Britain, thus igniting the American Revolution, and he was involved in drafting the peace treaty that brought an end to the conflict. In addition, his deep knowledge of history placed him ahead of his time, and he foresaw the rise of the United States as a world power. He warned the Spanish monarch of the danger posed by the British-American colonial rebels to the Spanish provinces in America, and he proposed the creation of a federal empire to guarantee their loyalty to Spain.

An enlightened and progressive thinker, he supported and promoted culture and advancement in Spain. Between 1749 and 1798, as director of the Royal Porcelain Factory of Alcora in Castellón, founded by his father, he modernized the company and opened it to overseas markets, thus presiding over its most prosperous years. In addition, he was the first industrialist in Spain to offer his workers retirement pay.

The Count of Aranda was born in the castle of Siétamo, near Huesca, on September 1, 1719. In keeping with his aristocratic lineage, he would spend his life in the service of four Spanish monarchs. He served in the army during the reign of Philip V, after having completed his early education in the Collegio di Spagna (Royal College of Spain in Bologna, also known as the College of Saint Clement of the Spaniards) and the College of the Nobles of Parma. He developed a strong attraction to military life, and at the age of seventeen, he ran away and enlisted in the Spanish army in Italy to fight alongside his father.

Under Ferdinand VI, he was named Director General of the Artillery and Engineering Corps (1756-1758), where he excelled in organizing technical centers. He had already served as ambassador to Portugal, his first diplomatic post, and had been awarded the Distinguished Order of the Golden Fleece, the highest honor that may be granted by a Spanish monarch. After the king’s death in 1759, he continued to serve under Carlos III, and during that time, he excelled in the two foremost professional facets of his life, military service and diplomacy.

Aranda was involved in the Treaty of Paris (1763), which ended the Seven Year War. England had emerged victorious in the conflict, to the detriment of France and Spain. The English reclaimed Florida from the Spaniards, who in turn took possession of Louisiana from the French to compensate for their losses. This provision would strengthen Spain’s presence in North America. Carlos III was reluctant to accept the terms, but Aranda convinced him of the strategic importance of the Mississippi as a barrier between the Spanish and British territories in the continent and as protection against a British invasion of Mexico. On the other hand, Spain sought some assurance that these territories would not end up in British hands in the future. It would not be long, however, before the Thirteen Colonies rebelled against Great Britain, as a result of its failed colonial policies. Once more, the British would be at war with France and Spain, who were allied in their support of the revolutionary forces.

In 1760, Carlos III appointed Aranda ambassador once more, this time to Warsaw. Soon he would become the youngest captain general in Spain when he was placed at the head of the troops fighting in Portugal in 1762. He was later governor of Valencia and president of the Council of Castile. During this period, he fostered agricultural development and established new urban and social reforms. However, a conflict with Grimaldi, then Minister of Foreign Affairs, forced him to relinquish his post, and in 1773 he moved from Madrid to Paris.

His term as ambassador in Paris (1773-1787) felt like an exile to Aranda. He had always wanted to pursue a military career, and he asked Carlos III repeatedly to send him to the front lines, wherever they might be. Yet not even the war in Morocco, nor the disastrous attack on Algiers, the various sieges of Gibraltar, and the battles for Menorca convinced the king to call him to active service. At one point, Aranda tried to return to Spain as the successor of Grimaldi, who had been relieved of his post as Secretary of State. But the position went to Floridablanca.

Carlos III had sent Aranda instructions on how he was to manage external affairs in his new ambassadorial post, but the king made no mention of the conflict in North America, even though it was acquiring vital importance. In 1774, shortly after his arrival in Paris, and having learned of the enthusiasm of the American colonists to form a Congress in Philadelphia, Aranda felt compelled to compose an analysis of the American situation and send it to Madrid. In this first dispatch about the Anglo-American situation, he expressed his growing confidence that the independence of the colonies could be a means of weakening England.

In 1776, Aranda would inform the Spanish government that Lafayette had left for the colonies to fight alongside George Washington, and that Silas Deane, Benjamin Franklin, and Arthur Lee were arriving in Paris to gauge Versailles’s and Madrid’s positions on the war. In passing, the Americans would also ask for their support. On December 29, Franklin met with the Count of Aranda at the Spanish ambassador’s home in Paris to discuss the conflict. Two additional meetings would follow, but no agreement was reached regarding Spain’s open support of the colonies. In Aranda’s first dispatch to Floridablanca he recommended that Spain enter the war on the side of the rebels, but his position clashed with the new minister’s more restrained approach, and Floridablanca adopted instead a secret system of financial and military aid, in conjunction with the French.

Led by his own anti-British sentiment, Aranda proposed a course of action by which France and Spain would present a unified front against the English. In his mind, any war between England and its colonies that led to English territorial losses would cause a concurrent naval and commercial decline. And although he had initially suggested providing indirect assistance (sending money, arms, and munitions through private business intermediaries) as the more cautious route, because it avoided infecting the Spanish provinces in America with a similar discontent, he soon came to favor open conflict with England. He kept hoping that such a move would lead to Spain’s recovery of Menorca and Gibraltar, which the British had controlled since the Treaty of Utrecht in 1713.

In June, 1776, Vergennes, the French Minister of Foreign Affairs, procured from Louis XVI one million French pounds, half in cash and half in military equipment, as aid to the American rebels. For its part, the Court in Madrid sent an identical amount to the Count of Aranda, also as aid to the colonies—one week before July 4, 1776, the day the Thirteen Colonies would declare their independence. This substantial aid that both countries sent secretly to the rebels, not only in cash but also in large amounts of military gear, contributed to the first revolutionary victory in Saratoga, in 1777. In 1778, France declared war on Great Britain, and Spain would follow suit in 1779, opening up three additional fronts: Menorca, Gibraltar, and Florida.

Aranda watched the conflict unfold intently from Paris, often advocating before the Spanish king for an open military intervention, one that would eventually occur in the Gulf of Mexico. Yet, the end of the war—when it did come—proved no easier for Aranda than its beginning. He had to deal with the British envoy who arrived in Paris in August, 1782, to discuss the preliminary details of the peace treaty. He would also need to hold lengthy and exhausting conversations with the American John Jay over the boundaries between the Spanish territories and those of the new nation, and about control over the Mississippi, which the Americans eventually relinquished. Many of these conversations occurred in Paris with Aranda’s involvement. When the Treaty of Versailles was finally signed on September 3, 1783, Aranda again represented the Spanish interest. Spain regained Menorca and West Florida, in exchange for renouncing its claim on Gibraltar. Aranda requested that he be recalled to Spain in reward for his efforts, but he was required to remain in Paris until 1787.

After the death of Carlos III in December, 1788, the newly crowned Carlos IV named Aranda Dean of the Council of Castile and First Secretary of State. His political activities during this final turbulent phase of his life focused on the challenging situation created by the French Revolution, which culminated in the War of the Pyrenees between France and Spain in 1793. Aranda’s constant clashes with the Spanish Prime Minister Manuel Godoy led to his eventual removal from his post; he was exiled to Jaen and subsequently imprisoned. In 1795, Aranda was given leave to return to his home in Épila, where he devoted the remaining years of his life to the administration of his personal property. He passed away in 1798.